Time itself has not changed with the passing of time, but the intensity of its effects has. Never before has such a large number of people been exposed to such a high speed of life. Those who do not move at the socially prescribed pace are no longer or only indistinctly perceived. This phenomenon finds its adequate media equivalent in the technique of time photography employed by the artist duo KOSCHIES.

The artists’ examination of human life as a series of races began more than three decades ago with their work on the cycle THE HUMAN RACE. The compressed “static short films” – staged into their respective time periods by the KOSCHIES by means of a modified, sixty-year-old time-slit camera – reveal themselves in coarse-grained black and white on large-format canvas panels. They address the race against time as an individual, societal and – above all – artistic challenge. 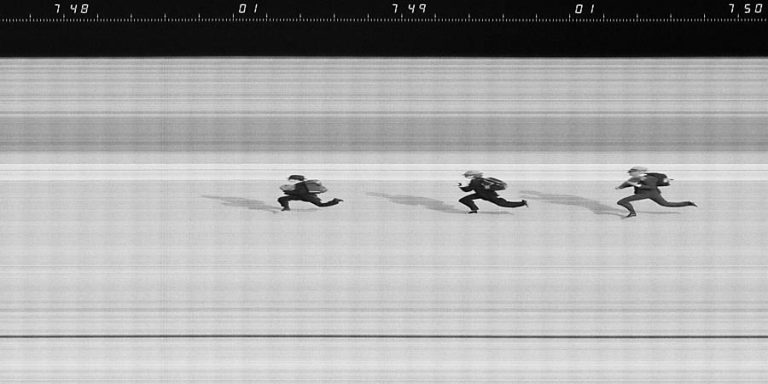 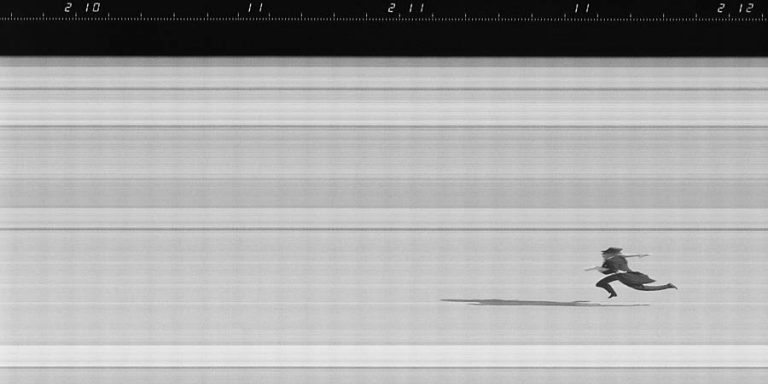 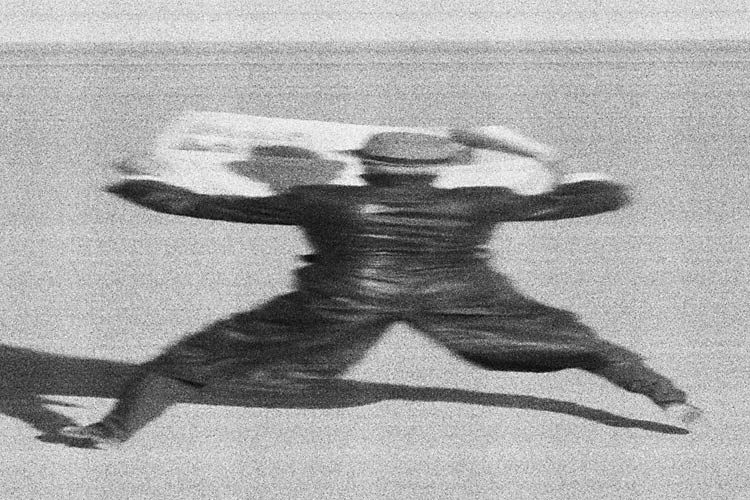 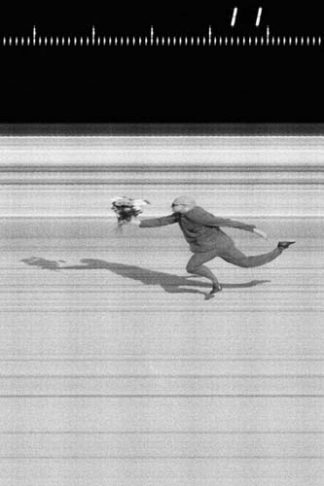 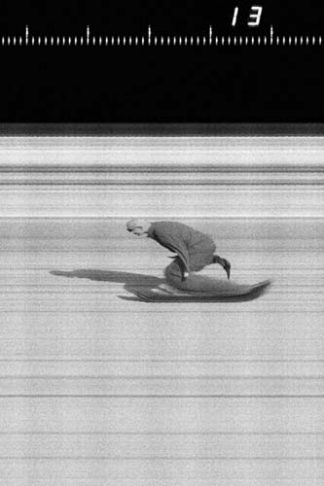 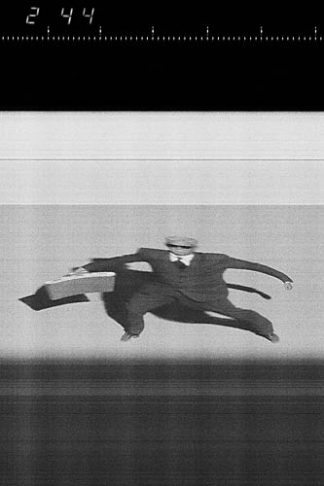 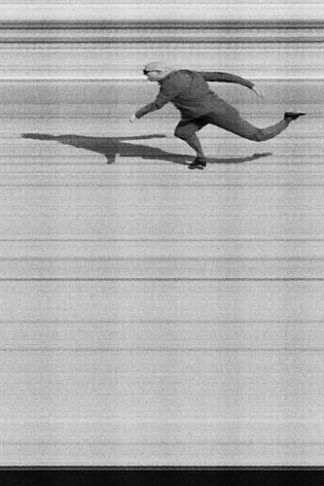 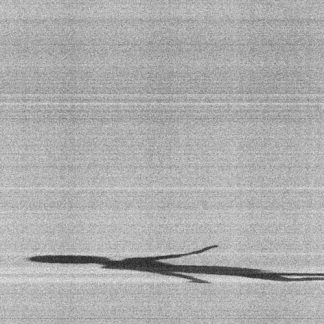 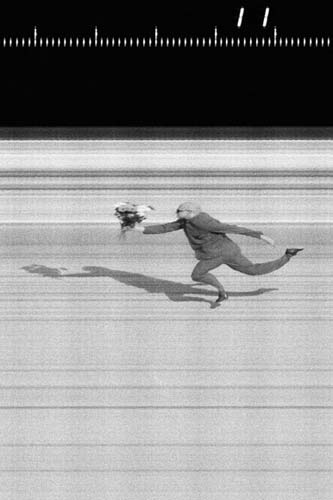 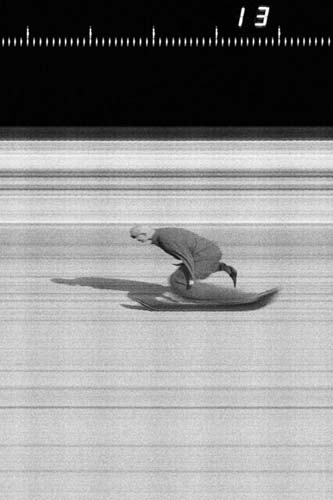 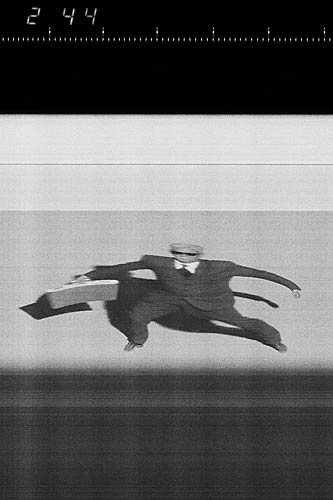 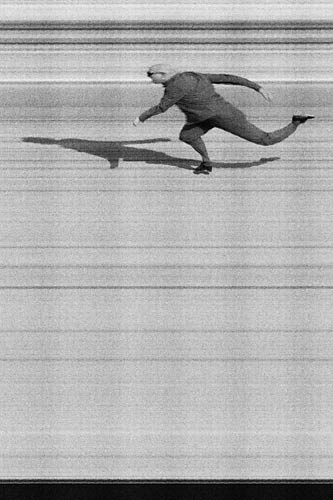 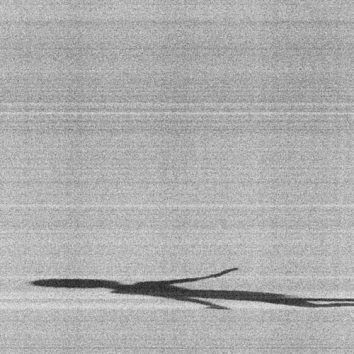 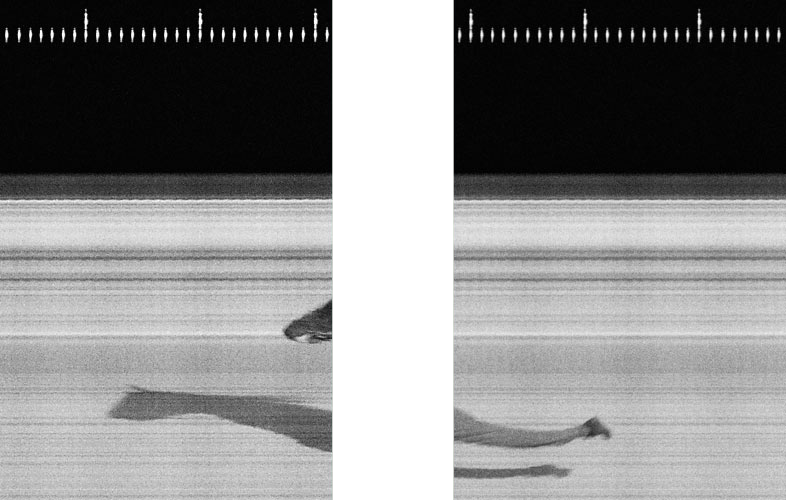 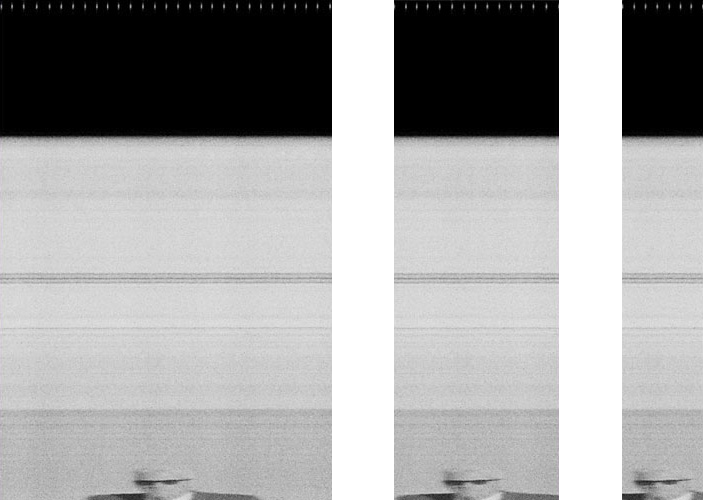 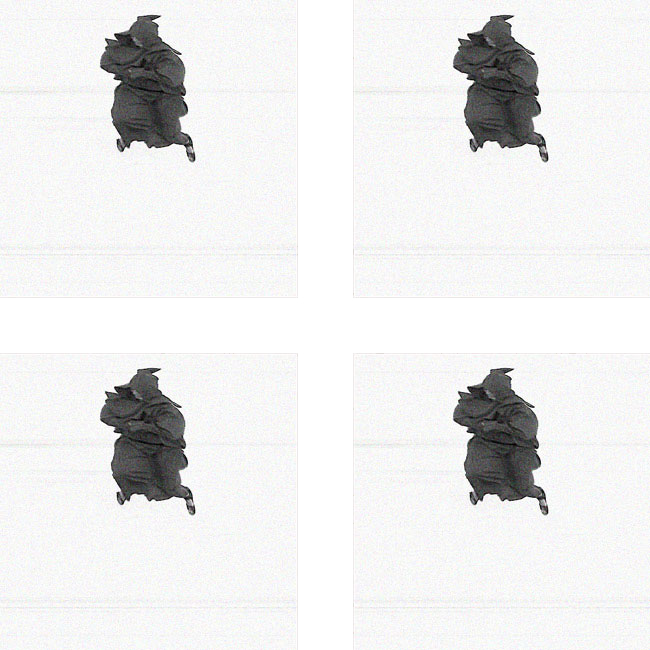 This website uses cookies to improve your experience while you navigate through the website. Out of these, the cookies that are categorized as necessary are stored on your browser as they are essential for the working of basic functionalities of the website. We also use third-party cookies that help us analyze and understand how you use this website. These cookies will be stored in your browser only with your consent. You also have the option to opt-out of these cookies. But opting out of some of these cookies may affect your browsing experience.
Necessary immer aktiv
Necessary cookies are absolutely essential for the website to function properly. This category only includes cookies that ensures basic functionalities and security features of the website. These cookies do not store any personal information.
Analytics
Analytical cookies are used to understand how visitors interact with the website. These cookies help provide information on metrics the number of visitors, bounce rate, traffic source, etc.
Functional
Functional cookies help to perform certain functionalities like sharing the content of the website on social media platforms, collect feedbacks, and other third-party features.
Advertisement
Advertisement cookies are used to provide visitors with relevant ads and marketing campaigns. These cookies track visitors across websites and collect information to provide customized ads.
Others
Other uncategorized cookies are those that are being analyzed and have not been classified into a category as yet.
Performance
Performance cookies are used to understand and analyze the key performance indexes of the website which helps in delivering a better user experience for the visitors.
SPEICHERN & AKZEPTIEREN